In November, Heidi Szynkaruk, a Y10 student from Colston's Girls' School (CGS), was invited to attend the UK Youth Parliament (UKYP) Annual Conference at the Palace of Westminster, in her capacity as the elected Member of Youth Parliament (MYP) for Bristol.

Entering the House of Commons Chamber was almost surreal, seeing the place where the likes of Boris Johnson and other major politicians debate the country's future. We sat on the infamous green benches, alongside members from the same UK region. We were very lucky to have the new Speaker, Lindsay Hoyle, for the morning debates and the deputy Speaker, Eleanor Laing for the afternoon debates.

The debates covered in the conference had been selected via a collection of previous votes. This year, the five motions debated were Knife Crime, Climate Change, Mental Health, Votes at 16 and Curriculum For Life. At the conference, members listened to speeches talking for and against the topic. Members had the opportunity to ask questions to the speakers and at the end of the conference the top two motions were voted for and these will become the two main campaigns for 2020. Unfortunately, I didn't have an opportunity to speak in the chamber on this occasion, although I had two speeches prepared, just in case! 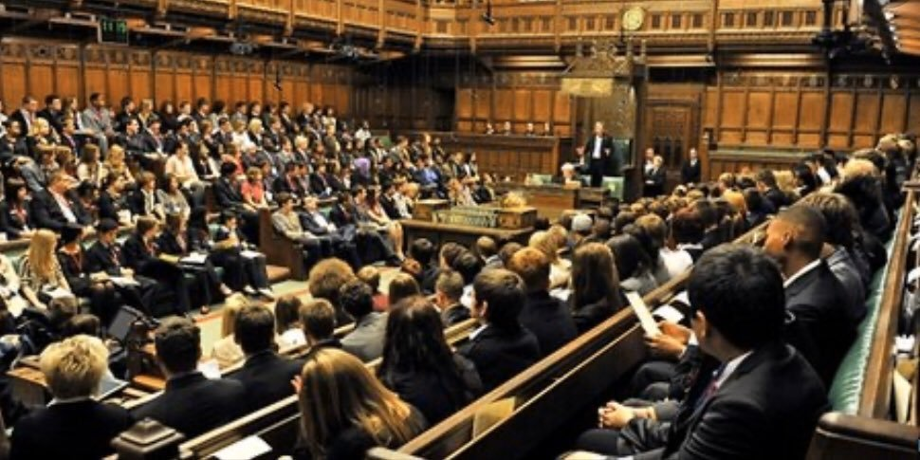 Heidi commented on her experience as a Member of Youth Parliament saying;

Going to the House of Commons Debate was one of my favourite experiences from my MYP term of office and I'm really sad it's ending in February. At the annual conference, it was fantastic to see how passionate some young people were about key issues and this made me really proud to be part of the UKYP, and even more motivated to apply again next year to remain a member for Bristol.

When I'm old enough, I'd love to stand to be a counsellor and eventually an MP, as I think there aren't enough young people in parliament. I want to bring a new perspective on issues like PSHE (Personal, Social and Health Education), and most importantly for me, Votes at 16, which I think is crucial.

Being part of UK Youth Parliament has helped me learn more about the political system, and has given me invaluable experience of campaigning for issues I am passionate about, talking to decision makers and meeting so many like-minded young people.

UKYP - How does it work?

Members of Youth Parliament will sit in the House of Commons for the eleventh time in November 2019.

Further information about UKYP is available at:

The student who achieved 100% for every week of live lessons in 4 Jan to 12 Feb Term and was drawn out of the hat today by Mrs McCullagh is......... Ruby Mason! Congratulations Ruby, you have won a £20 Amazon voucherRead More
22nd February 2021

Well done to students who took part in Virtual Work Experience during half term with companies such as Spotify, Springer Nature, Danny Sullivan Co and the British Army Thanks to Speakr4schools for organising!Read More
22nd February 2021

A big thank you to Burges Salmon for hosting students from V6 Students at their Insight into Law Day over Feb Half Term. A great opportunity for those interested in a career in Law!Read More